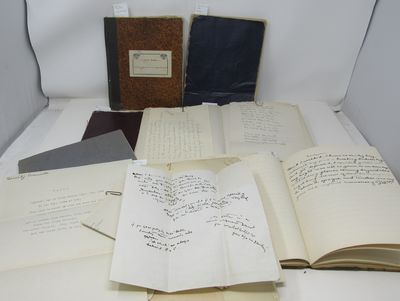 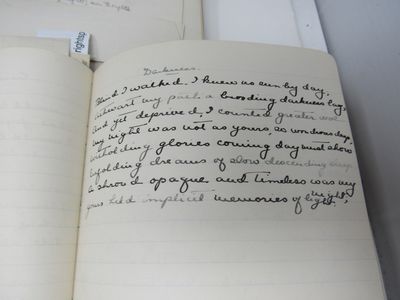 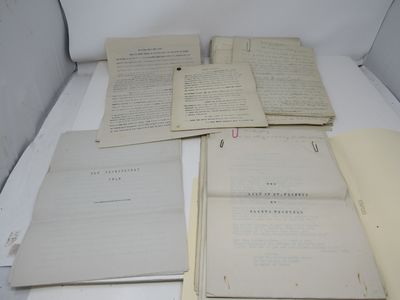 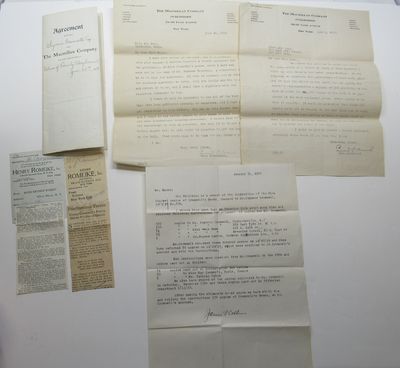 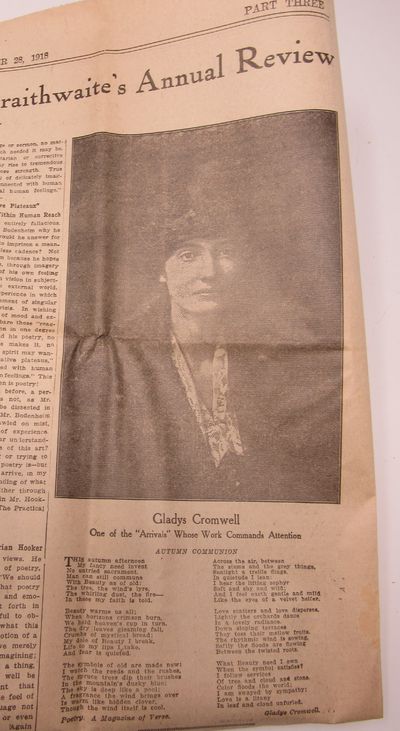 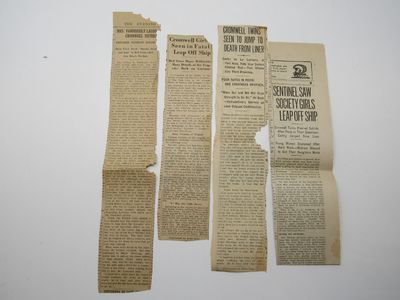 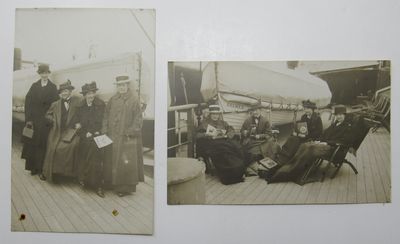 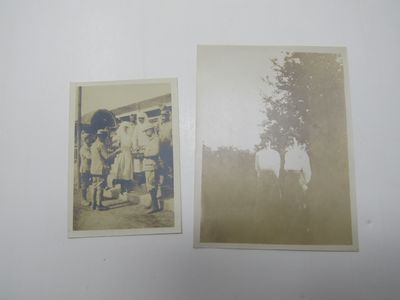 Gladys and Dorothea Cromwell were twin sisters, born November 28, 1886 into a life of wealth and privilege. Their Harvard-educated father, Frederic, gained his wealth from railroads and banking; he was the treasurer of the Mutual Life Insurance Company. Raised on a farm estate in New Jersey, the Cromwell sisters were educated at the prestigious Brearley School in New York City. As young women, they made several trips abroad, in 1914 travelling with (older) friends Anne Dunn and Katharine Burnett. When their father died in 1915 (their mother had passed in 1909), the sisters shared a considerable estate with an older brother (Seymour) and sister (Mary), inheriting almost half a million dollars each. By the 19-teens, the sisters shared an apartment on Park Avenue in Manhattan. With the outbreak of World War I, the Cromwell sisters volunteered with the Red Cross, serving as canteen workers and nurses' aides. They arrived in France in early 1918 and were stationed in Chalon-sur-Marne and Verdun. They served eight months, often in harsh and distressing conditions. Following the Armistice, they remained in France until January 1919. They boarded the S.S. Lorraine in Bordeaux; on the evening of January 19th, as the ship was underway, a sentry watched in horror as the sisters jumped overboard to their deaths. They were buried in France and received French military honors in recognition of their service. Evidence is scarce as to the reason behind the twins' suicide: period newspapers cite exhaustion and "derangement" from their wartime service and a feeling that their work had been in vain, anecdotal sources suggest they resisted their older brother's demand that they return from France.

Gladys Cromwell was a writer and poet. When she began to publish her work in the 19-teens, anecdotal sources suggest her family was unsupportive of such a public display. Following Cromwell's death, her friend and travelling companion, Anne Dunn, an English teacher, secured a contract with MacMillan to publish a volume of her poetry, entitled Poems. Sales were slow, but the volume received the Poetry Society of America award in 1920.

This collection includes six of Cromwell's notebooks of manuscript poems, including a volume of "Children's Verse," written while quite young; loose typescript and manuscript short stories; and notes on poems and revisions. There are four letters from Gladys and Dorothea to Dunn and Burnett, written from France, and an undated envelope with a note from Gladys to Dunn with directions on what to do with her papers should "anything happen" while serving abroad (she directed Dunn to destroy most of her work). The Cromwells' Wills detail the disposition of the estate. Additional legal documents relate to the bequests received by Dunn and Burnett. One notebook contains clippings and telegrams related to the suicide; additional newspaper clippings are in the collection. Correspondence regarding the contract, publication, publicity, and sales of Poems includes early reviews sent from a clipping service. A collection of postcards from Dunn to her family documents a 1914 trip to France and the U.K. taken with Burnett and the Cromwell sisters. Two photo postcards capture the travelers on the ship on the way to Europe. Two additional snapshots picture the Cromwell sisters: one in civilian clothes (date and location unknown) and in their Red Cross uniforms in France. Miscellaneous papers include notes on poetry and transcribed and typed letters from a nurse serving in Constantinople in the 1920s.

Offered by De Wolfe and Wood

See other items from this exhibitor

Specializing in Americana, Ephemera, Manuscripts, Postcards and Shaker.
Founded in 1993 De Wolfe and Wood RareBooks is located in the small Maine town of Alfred. We have have an open shop and stock books, ephemera and antiques.

30 day return guarantee, with full refund including shipping costs for up to 30 days after delivery if an item arrives misdescribed or damaged.